A Psychic Reading with the Sepiafoto Lenormand 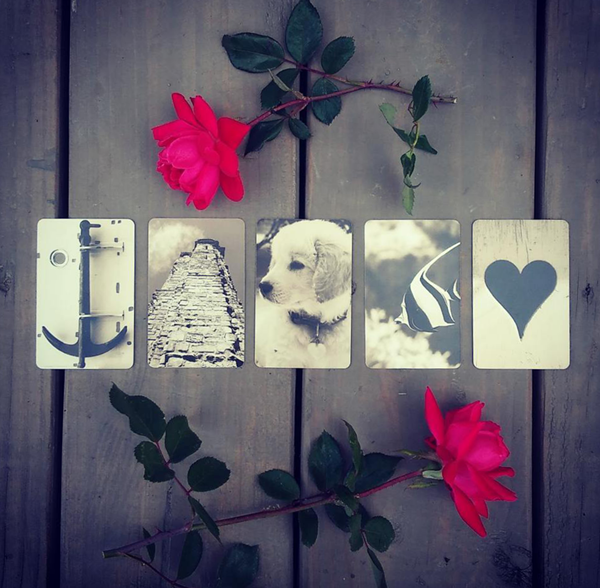 This was a reading I did awhile back that I wanted to share. I was due to meet with a friend at the library that day. I hadn't heard back from him to confirm, so I wanted to know if he would show. As I was shuffling, I got a flash in my mind of him giving me money, which was bizarre because he had no reason to give me money, and doesn't generally have money to spare. Still shuffling, it came to mind that him giving me money would show up in the cards as Dog + Fish.

I laid out my reading of three cards, to see about our meeting. Anchor + Tower told me that the meeting at the library was solid, he would show, and we would be there talking for awhile. The Dog obviously represented my friend, but since I had that psychic flash, I just had to see what came after the Dog. Sure enough, it was the Fish! In the same order that I thought it would appear. Dog + Fish! I had to draw another card, because I don't like even-numbered Lenormand layouts. The Heart was a loving gesture from my friend.

Sure enough, he showed up at the library for our meeting. And a few minutes into our chat, he said he had a picture to show me that he knew I would really like. I thought it was going to be of his new granddaughter. Instead, he pulled out a $100 bill and I was looking at a beautiful picture of Benjamin Franklin. Turns out he got an unexpected refund for something and wanted to share his good fortune with me (Heart). I immediately thought of my psychic flash, and how they were reflected in my cards. I loved that the cards confirmed my psychic knowing, and that it all played out within a few hours. Real life magic!

♥ LOVE NOTE ♥: This deck is currently available for pre-order, ONLY through October 31, 2016. Decks will be shipped out in November. They won't be available for purchase again until sometime in 2017! So if you want yours for the holidays, you must reserve your copy by Halloween!