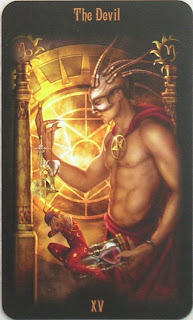 I recently received a copy of Ciro Marchetti's Legacy of the Divine Tarot deck/book set. It was a deck I was interested in reviewing, mostly because the online scans drew me in, despite my aversion to CGI art. When I received the deck, I was immediately blown away. I devoured the entire 295 page book in one (long) afternoon. The first reading I did with the deck amazed me with its crystal clarity.

The Cards
The cards themselves have a beautiful matte finish and are lovely to shuffle. The borders are a perfect fade-to-black which makes you forget there are borders there at all. These are the borders every deck should have. The backs are reversible. The imagery coloring is very vibrant and alive.

One of the first things that stand out in this deck are the Knights, which are depicted by a single helmet and background. There is no body to go with the helmet. This unique concept allows the reader to immediately recognize the knight, yet it leaves the persona behind the helmet fresh with every reading. This is more effective than you might imagine. When looking at the Knight of Wands, I can practically feel the heat coming off the fire in the card and the overpowering feeling of energy the card exudes is almost tangible.

There are far too many fabulous cards to rave about, so I'll share just a few brief comments on some of the cards that stand out for me. The Devil (shown above) is sexy and alluring and all those naughty things that draw you into something you know you should avoid. The stunning Death card (below) is the one that reached out, grabbed me and drew me to this deck in the first place. The Six of Swords (below) was unanimously recognized by me and my kids as the "Phantom of the Opera" card, as it reminded us all of the scene where the Phantom and Christine sail in the boat in his underground lair, singing the title song. The refreshingly inclusive Faith card (below) replaces the usual Hierophant and depicts four different religious leaders. 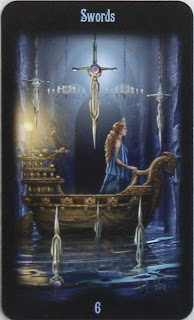 The Nine of Swords (below) has a nice eerie Jane Eyre feel to it. I find the Queen of Swords interesting and unique because, despite her menacing sword fan, she has...freckles! For some reason, in my mind, that gives her an innocence that I wouldn't ordinarily relate with this queen. The Fool is creatively shown halfway through the Major Arcana, as the Hanged Man. He also appears in the Wheel and Devil cards and shows up again at the end of his journey in the World card.

There are a very small handful of cards that I wouldn't call favorites. The Two of Swords has an uncomfortable hardness to it which gives it an almost robotic feel. A card I can't take seriously is the King of Coins, because he reminds me so much of Billy Ray Cyrus, which is amusing to me. The Queen of Cups has oddly raised eyebrows as though she is surprised, which I find a bit limiting. I think my least favorite card would have to be the King of Cups. He looks so weird to me. He has a bit of a Neanderthal look to him which I find very bizarre. I also have an aversion to the guy in the Lovers card. I think maybe it's because his look is outdated.

That being said, I find the rest of the deck stunning. Ciro Marchetti has previously published two other tarot decks, the Gilded and Tarot of Dreams, neither of which I have ever been interested in acquiring. For one thing, the borders in the other decks are far too loud and distracting for my taste, as they take away from the focus. The borders in the Legacy deck make such a huge difference. Also, I have seen the full scans of the other two decks online and it looks to me as though Marchetti's artistry has matured with each deck, making the Legacy the most polished, refined and masterful of the group.

Not being a fan of computer generated art, I was surprised to find that the Legacy of the Divine immediately took its place in my Top Favorite Decks list, both because of the captivating imagery and the beautiful way it reads. 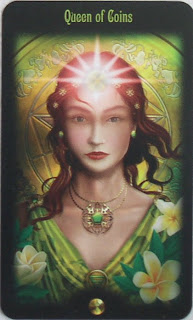 How it Reads
The Legacy of the Divine Tarot is a reader's dream. The images are instantly relatable and they draw you into this alluring world, as though you are experiencing a parallel universe which is both familiar and new, with enough of a fantasy feel to keep you mesmerized. From the very first reading I did with it, I have received nothing but clear readings. I have yet to lay down cards with this deck and scratch my head, wondering what the cards might be saying. As soon as the cards are set down, they either begin telling a story, or the entire story is flashed into my mind in one quick instant. The images are fluid and have a lifelike quality to them, as though they are much more than pieces of cardboard.

This deck is a fantastic choice for intuitive readings, as they engage all of your senses. I can hear the music coming from the Three of Cups and the splashing sounds the horses are making in The Chariot. I can feel the cool crisp air of the autumn night in the Seven of Swords as the window is opened. I feel the cozy warmth from the fire in the Ten of Cups and the coolness of the water in the Eight of Cups. I can smell the plumeria flowers surrounding the Queen of Coins (above) and taste the mouth watering fruit in the Nine of Cups. It's not often that a deck arouses all of your senses. This adds such a rich additional layer to a reading.

I often find myself choosing a deck based on either the type of reading I'm doing, or the person I'm reading for. Sometimes a deck is too girly for a certain situation. Sometimes a deck is too childish, or too kitschy or too dark, etc. The Legacy is a deck that isn't "too" anything. As Goldilocks would say, this one is "just right". It would be appropriate for any sitter - without being boring or flat like other all-purpose decks (such as the RWS) can sometimes be.

There are also astrological and planetary symbols incorporated in the cards, so this would add another layer to your reading if you are versed in astrology. (I personally am not, but I don't find the symbols intrusive.) 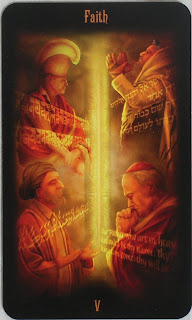 The Book
The book which accompanies the deck in this set is titled, "Gateway to the Divine Tarot" and begins with the story behind the images in the cards. It's a story of an ancient world destroyed. Having their devastation foretold, they were able to plan for survivors and leave behind a legacy of secret portals of knowledge. The bulk of the book, however, is dedicated to commentary on each of the cards in the deck. There are thoughts shared on each card by the deck's artist, Ciro Marchetti, along with tarot professionals Ruth Ann and Wald Amberstone, James Ricklef and Leisa ReFalo.

Lisa ReFalo contributed a chapter titled "How to Read Tarot" which gives very basic instructions on tarot reading (formulating a question, interpretation, finding a bag for your deck, etc.). She also includes a few brief breathing techniques and five spreads.

While the book is a nice addition to the deck, it certainly isn't necessary to read it before working with the deck. The Legacy of the Divine stands alone and can be read straight out of the box (assuming you are already familiar with basic tarot.)

Final Thoughts
I really can't praise this deck enough. I would recommend it to anyone, anywhere, anytime. It is suitable for any type of reading. I can't think of a single reason why you shouldn't run out and get a copy for yourself. And I have other, very beloved favorite decks, that I couldn't say that about. 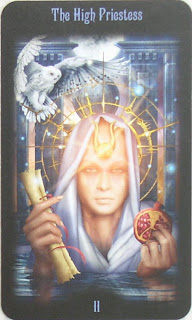 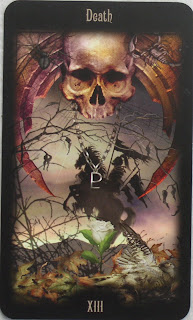 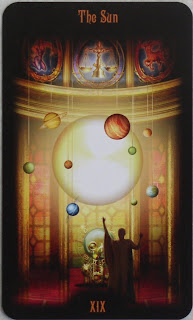 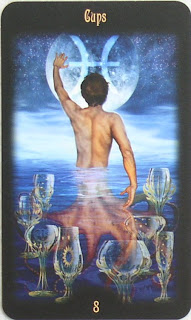 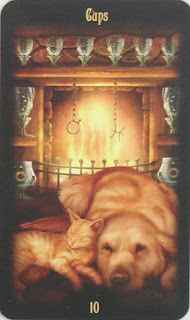 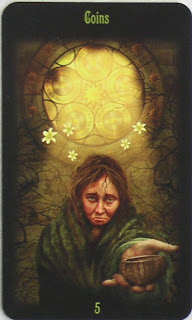 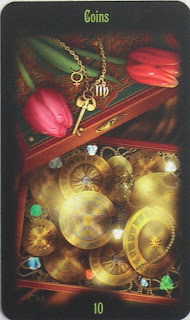 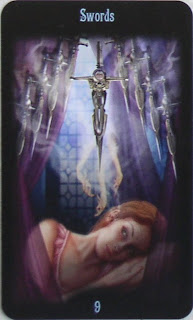 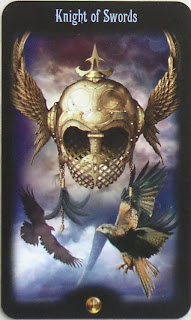 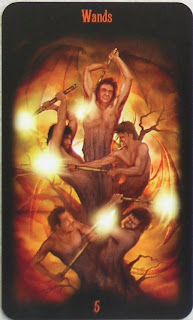 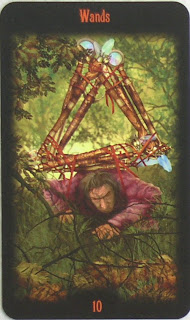 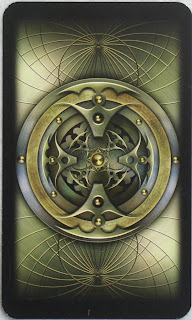 Deck: Legacy of the Divine Tarot, published by Llewellyn

This deck review was originally published on my previous blog (Tarot Dame) on 11/8/09.