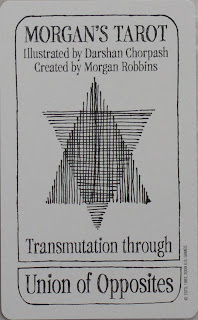 When I received a review copy of the Morgan's Tarot, I was beyond thrilled to know that US Games was reprinting this unique deck. The Morgan's Tarot is an 88-card deck which, despite its title, is not a tarot, but an oracle deck. There are no Major/Minor correspondences, nor are there suits or courts, or order of any kind.

This is a simply-drawn, yet engaging and funky, black and white deck that makes a modern comeback (originally published in the 70's). The deck is silly and nonsensical, yet at the same time deeply philosophical, and this paradox is what makes this deck so magical.

The Cards
The cards measure 2.75" x 4.5" and are lightly laminated, yet not overly glossy. They are printed with black ink (front and back) on white background. The backs are not reversible.

The cards vary from universal symbols (such as Love) to the downright bizarre (Pigs and Fishes Surround You). However, when drawing a card that seemingly makes no logical sense, you are forced to use your intuition to make a connection, and therein lies the beauty of this deck.

When flipping through the deck, it should come as no surprise to see cards featuring a marijuana leaf, or referencing drugs. Clearly, this deck was created with a little help from some of nature's herbs. If this offends you, then this might not be the deck for you (or you can simply remove those cards from the deck). That being said, I've never done drugs in my life, and have no issues with these cards. 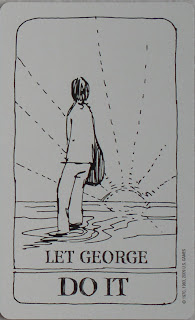 There are a couple things that I would have liked to see changed about the way the deck was presented. First, as the deck is not numbered, it would have made more sense to arrange the cards in the accompanying LWB in alphabetical order. As it is, they are randomly ordered, so if you want to reference the booklet, you have to flip through until you find the card you are looking for. This seems unnecessarily inconvenient.

The other thing that made this deck only slightly less than perfect for me was the fact that the title card is also a working card in the deck (see above). When I first got the deck, I set that card aside, thinking it just an extra title card, as the deck's name and credits appear at the top of the card. It was only after doing a card count after a few readings, did I realize that I was missing a card, and that the title card was actually part of the deck.

How it Reads
One of my favorite cards in the deck is one of the nonsensical ones. "Let George Do It". It puts a ridiculous twist on the concept of delegation. It's exactly this sort of approach that keeps this deck interesting. Another favorite is "Do not meddle in the affairs of wizards for they are subtle & quick to anger". This card gives appropriate advice in a way that you are sure not to forget, and I believe that goes a long way in a reading. Another great one is "This may not be a perfect circle but it is a perfect... whatever it is." This deck has a quirky way of putting things which keeps your mind fresh, and lets you avoid getting stuck in a rut when considering interpretations.

There are some cards that are easy to interpret, like "Monday" which features a note with the word "messages" on it. This clearly refers to a message arriving on Monday regarding the inquiry. Then, on the flip side, we have a card like "Tomato, Potato, Eggplant" which is a bit more challenging to decipher. In this case, sometimes the accompanying book is helpful, and sometimes it just manages to confuse things even more.


"Tomato, Potato, Eggplant: Macrobiotic doctrine says that these vegetables are extremely yin, almost to the point of being poisonous. However, for most people tomatoes, potatoes and eggplant mean nourishment or practical considerations involving food."

So take from that what you will, and tie it into your reading, depending on what these veggies mean to you personally. 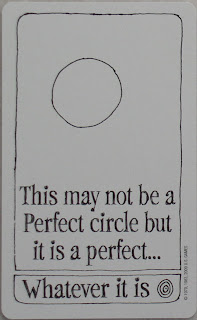 The deck actually reads surprisingly well. I pull cards that make me laugh, and give me some shockingly great insight at the same time. What a great combo that is! Rather than give you answers, I find that it will often ask you questions, which makes your readings with it more interactive and provides you with a proactive and introspective approach to the messages you receive.

The accompanying booklet includes your run-of-the-mill Celtic Cross spread, though it isn't titled as such.

Final thoughts
This is one fun new age deck! The bohemian hippie in me loves the freedom and funkiness this deck brings to a reading. I also really love the simplicity of the black and white drawings. The cards are so unique that they stick with you long after the reading is done, which I think is a great benefit if you want your readings to have impact and actually make a difference.

This deck was designed to raise universal consciousness, and I think it does an outstanding job at doing so, provided you allow its hidden intricacies to flow freely.

If you are looking for a deck that thinks way outside the box and gives you the liberty to let your intuition lead your reading, this little gem of a deck is a wonderful choice. It's definitely become a fast favorite of mine.

Morgan's Tarot will be available from US Games Systems Inc. after February 4, 2010. 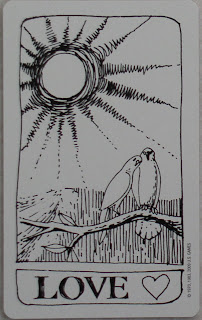 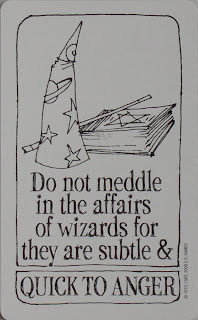 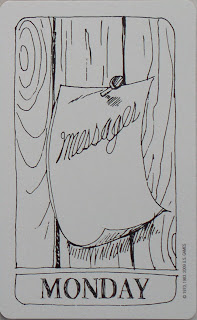 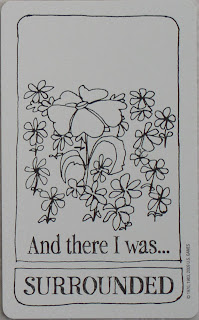 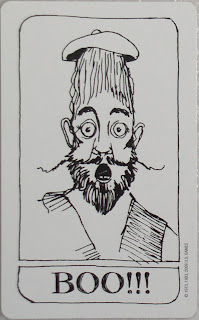 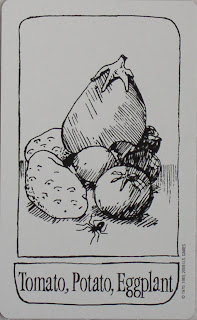 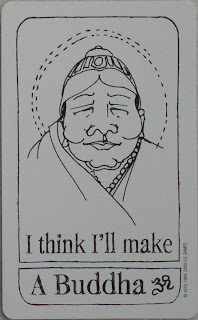 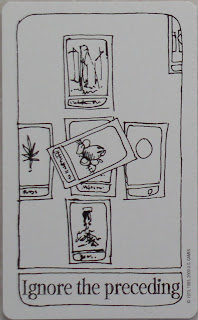 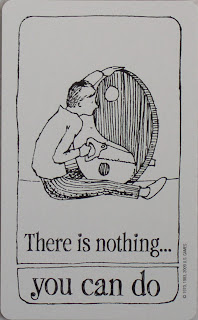 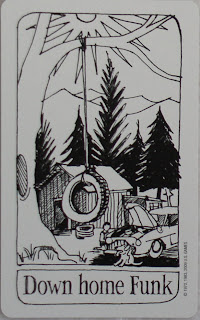 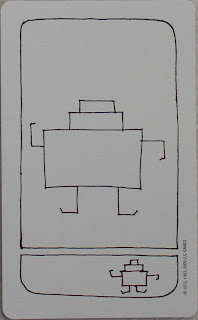 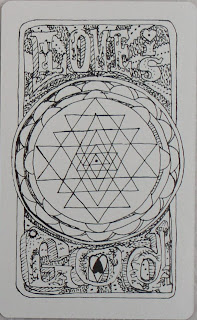 This deck review was originally published on my previous blog (Tarot Dame) on 1/18/10.