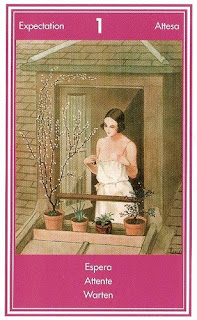 The Eros Oracle is a seductively enchanting deck for intimate relationship readings. I was drawn to the cards by the beautiful 1920's imagery. This 32-card deck is available on its own, or in a set with an accompanying book. I have just the deck and LWB, so I will not be reviewing the book as I have not seen it myself.

So far, I have only used this deck to do several readings for a girlfriend of mine. Not in a relationship myself, I do not have personal use for it. But I love the artwork so much that I had to get it anyway, and hope that I would find a use for it with others.

The first reading I did was completely baffling. The cards didn't make a bit of sense to me, it was like trying to read Chinese. I couldn't read anything into it and had to put the cards away, unsatisfied. I was disappointed. But a few weeks later, I took it out and tried reading for her again. This time the cards read very clearly and were relevant to her situation. A couple weeks after that, I read for her again, and got another very clear, very accurate reading. 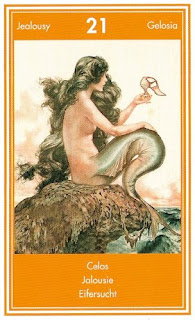 The LWB that comes with the deck includes several key phrases for each card. There is also an included 5-card spread.

Since I am so taken with the images, it seems a pity to have such a limited use for this deck. I am wondering if I could find another way to utilize the cards. Maybe I can use less literal meanings, and apply the cards to other situations where projects of passion are involved. I'm curious to see how they would read for non-erotic questions such as an exciting new business venture. I wonder if it would present interesting new perspectives, making one read outside of the box. Or perhaps it would go flat, and only want to answer the sexy stuff! I'll have to test it out.

Overall, I find the Eros Oracle to be a gorgeous deck that delivers eroticism in a sexy, entrancing and beautiful way without being vulgar. 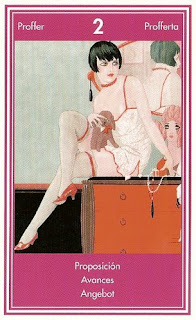 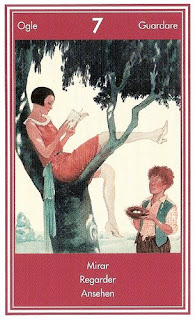 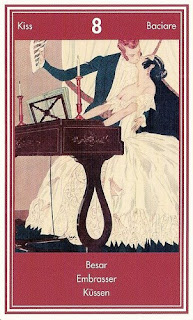 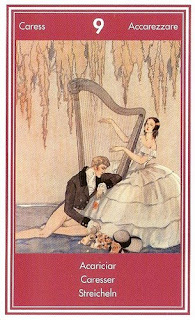 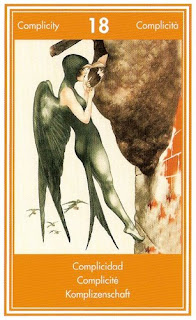 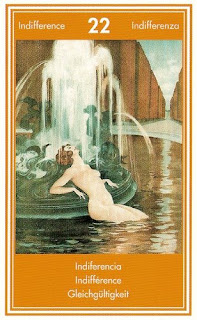 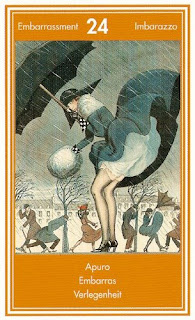 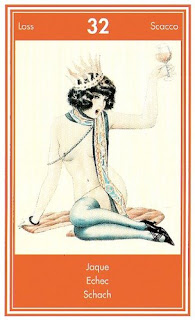 This deck review was originally published on my previous blog (Tarot Dame) on 6/10/09.