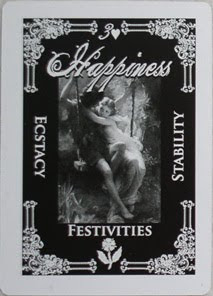 When I originally discovered the Deck of Shadows, the first thing that caught my eye was the artwork. I recognized some John William Waterhouse images, among other favorites and I wanted to learn more. I also loved the fact that the cards were black and white. When I received the deck, I was blown away by how accurately they read. The answers I received made it seem as though they were more than cards, and were actually beside me, hearing my questions.

The Cards
The set consists of a 54-card deck in a tuck box, LWB and a black organza drawstring bag. The deck is standard poker size (2.5" x 3.5"), with nice linen card stock which makes it easy to shuffle. The backs, which feature a compass, are not reversible. Each of the cards has a playing card attribute at the top. The two Jokers are the Yes and No cards (Thummim and Urim), which I found to be a novel addition to the deck.

The artwork is comprised of classic paintings, made into black and white images. I would have liked to see the artwork enlarged, with less of the elaborate border. But, according to the LWB, it's the words on each card which are meant to be the primary method of interpretation, with the artwork acting as more of a supplement than the main focus. There is also a symbol at the bottom of each card which ties into the card's meaning (which I really like). All of this, in addition to the playing card attribute, gives you a whole lot to work with in each card.

The accompanying 40-page Little White Book includes an introduction to the deck, brief card meanings (complete with the corresponding painting credits) and a section in the back on using the deck for divination. The cards are organized in the booklet by playing card suits. There are two spreads included: The 2-card "What's Real - What's Not" spread and the 3-card "Desire - Defy - Escape" spread. A blank page for notes closes out the LWB. 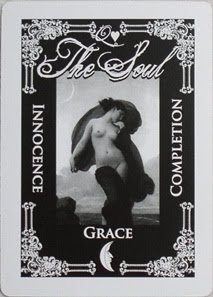 Sample card (image to the right):

The Soul - The motivating, prompting, and driving force or cause of a person's, event's or thing's life; integrity and honor.

I enjoy the dramatic flair this deck offers with card titles such as Wretched Excess, Forbidden Love and Revenge. Many of these cards are straightforward in their interpretation, but some of them make you pause and search for deeper meaning, forcing you to access the inner recesses of the situation. 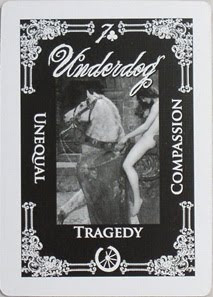 How it Reads
I think the best way to describe how this deck reads is to give very specific examples, so that you can see that I am not exaggerating when I say these cards answer you as though they have ears that hear your questions with crystal clarity.

The first reading I did with the deck gave me chills. First, the background story: When I first received the deck and was thumbing through it, I showed my daughter the Underdog card featuring Collier's "Lady Godiva" painting, because a couple days earlier she had just learned about Lady Godiva, and was really into her. So I then took out my Sacred Art Tarot deck, to show her the card in that deck featuring the same painting. I later reminded her about the children's tarot art submission for the Spring issue of Tarophist International magazine. She decided to illustrate a card featuring Lady Godiva.

When the founder of the magazine approached me about the feature (after reading on my blog that I had a crafty daughter), I told him I had three children, and he said I could send in submissions from all of them. I wasn't sure if the magazine would be accepting all submissions, or picking and choosing. So I worried a bit, not sure how to handle it if her drawing didn't get published.

I took my virgin Deck of Shadows out, and shuffled it while asking how I should approach the submission. I would never dream of discouraging her from creating artwork, but I felt the desire to warn her of potential rejection in a way that she wouldn't take personally (by warning all three of my kids of the possibility). I asked the cards what I needed to know about supporting her efforts.

The first card I drew was the Lady Godiva card!! I was asking about my daughter's Lady Godiva drawing, and I got the Lady Godiva card. I was shocked. It wasn't until after I got past the painting did I read the title "Underdog", which explained perfectly what I worried about the situation. The second card was "Outcast", which was what I was afraid of, that she might be singled out. The last card was "Unity" which felt like a big hug. Unity. All three of my kids' drawings would be accepted. The magazine would be all-inclusive, and not discriminating. The Unity card features a painting of Cupid and Psyche, showing me that all I needed to do was let my daughter follow her heart. The very next day, I received an email from the magazine thanking me for the submissions, letting me know all three drawings would be included in the issue. 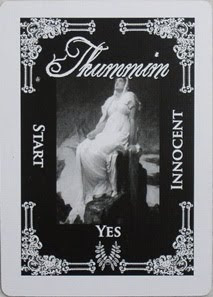 The second reading I did with the deck was regarding a job interview my aunt had just gone on. The first three cards I drew were Life, Descension, and Death. The job she applied for was a nursing position working with people undergoing cancer treatment. The descension of the patients' health from life toward possible death was right there in those three cards, describing the job with amazing accuracy. It was then that I started to feel like there was definitely something more to this deck than I had ever anticipated. The cards continued to tell me more about the situation. Then I asked a final "Will she be offered the job?" and I turned over the next card which was the "Yes" card! I asked a yes/no question, and got a Yes. Amazing.

I have played with the cards a bit, asking them to tell me about situations that have already happened in the past. For example, I asked about an old boyfriend, asking what happened to cause the break up. The cards that came up were Forbidden Love, Rivalry, and Betrayal. I had left my boyfriend because I had fallen in love with someone else. The cards couldn't have been more spot on. I continued to do this with several other situations, and in every case the cards answered as though they were a living, breathing person, answering in brief words the exact summaries of the situations.

Final thoughts
There is definitely more to this deck than meets the eye. It's much more than just a stack of pretty cards, though it is that as well. The Deck of Shadows has far surpassed any expectations or hopes I might have had. I have found that the deck works best when asking very specific questions, as it offers precise answers. These cards get down into the nitty gritty of things, so if you come prepared with a clear focus of inquiry, you can expect a startlingly accurate account of what's really going on.

The Deck of Shadows is available for purchase directly from the artist (Scott Grossberg's Thinking Magically site) or at The Tarot Garden.

See below for more images from the Deck of Shadows. 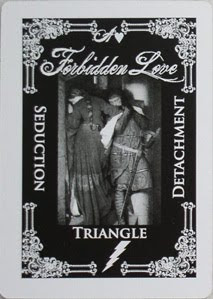 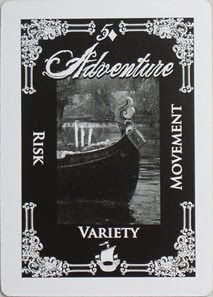 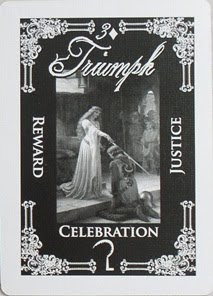 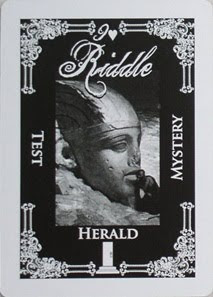 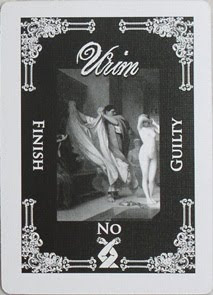 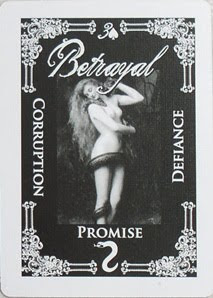 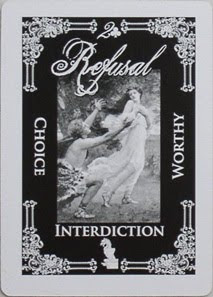 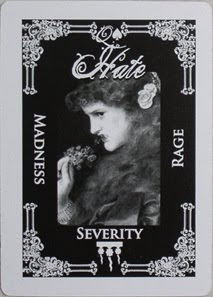 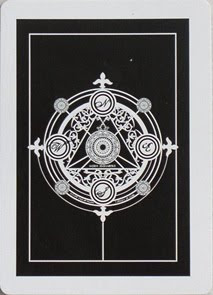 (Scott Grossberg is also the mastermind behind the books: The Masks of Tarot (see my review here) and The Vitruvian Square (my review here). He also has an amazing blog you should totally visit.)

This deck review was originally published on my previous blog (Tarot Dame) on 2/15/10.